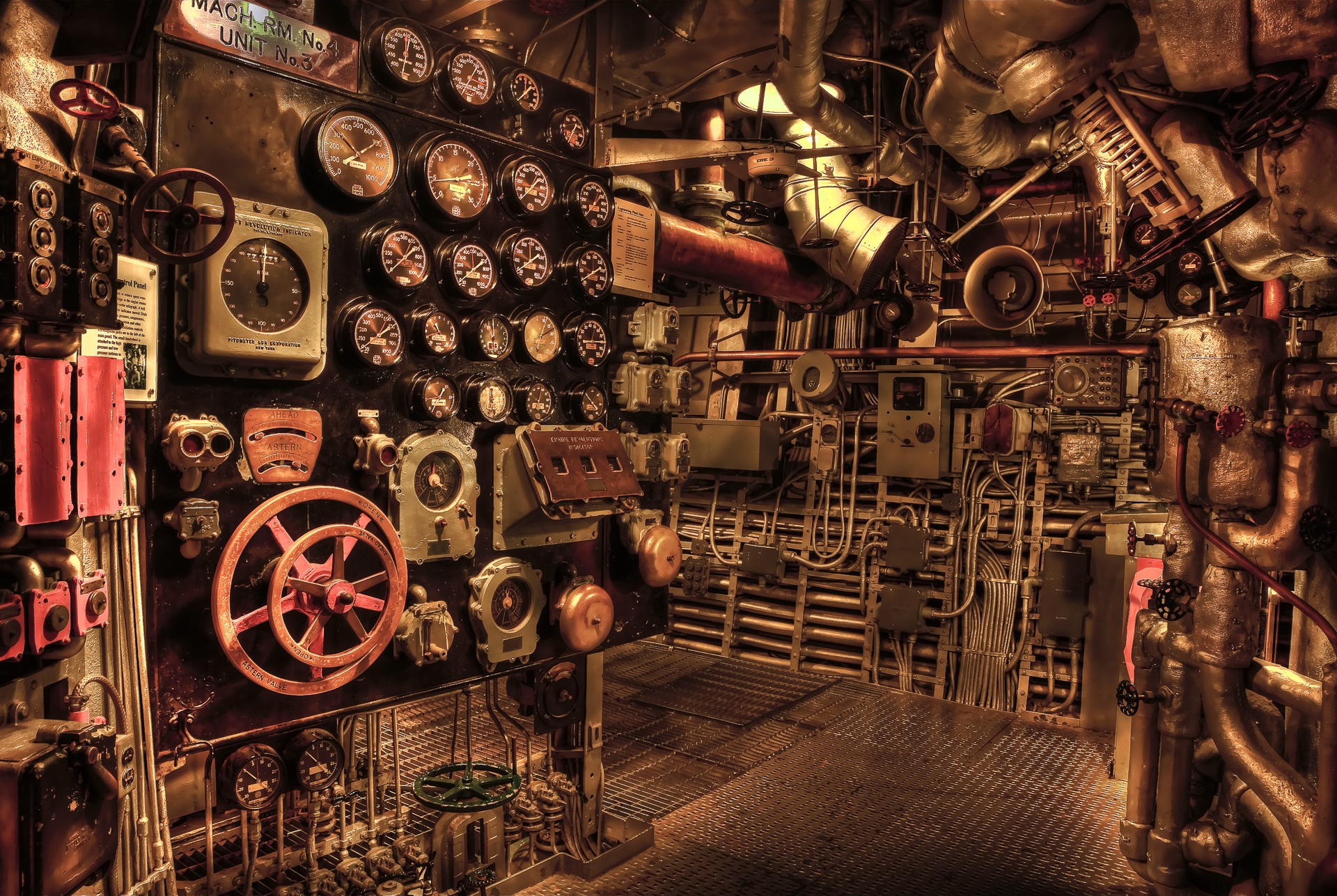 We have a page in our portfolio named www.TrinitySisters.net. It is a fairly average blog with articles from four relatively young women who have experienced life from the worst aspects this God-forsaken planet has to offer. A blog that is truly catchy and definitely worth reading!

When we started optimization, the site was GONE in Google on regular searches. Even a search on the site’s main keyword “Trinity Sisters” yielded nothing. Absolutely nothing! There is a bit of competition on that keyword as there is a book, a band, and some church associations that use the same phrases, but on pages 4-5 of Google search results, the results started to get pretty thin and are only remotely related to the search.

The conclusion was that if the site was in bad condition regarding SEO, which it actually was not, it would probably be around page 4-5 where all other ‘thin’ pages and pages that did not really match the search were located. But the site was pretty ok regarding SEO. So the poor position in Google didn’t really make sense.

What made the confusion complete was that Yandex, as well as Bing, had the site ranking in position 1 on page 1 – THE ultimate top spot. We also tried Baidu but found that their results fluctuate more than the other search engines. If we did the same search in Baidu it did not show up at all, but when we extended the keyword to “Trinity Sisters Dirty Business” it appeared in position 1 and it would continue to be number one for some time on the search: Trinity Sisters. It was either a top-ranking or no ranking at all. Nothing in between.

BUT after a few weeks the site remained in a solid position one.

Funny thing about BaiDu is if we clicked on the page in Baidu’s search results we could obviously manipulate a bit with this search engine and it would in the near future give “Trinity Sisters” the first place for a few hours and then we could repeat the process. Baidu obviously “quickly” learns what we want and that may be fine, but it forgets the experience pretty quickly.

We then researched TrinitySisters.net and found fairly quickly that there were 15 AMP errors listed in Google Search Console. 15 pages with each error: “Custom Javascript is not allowed.” 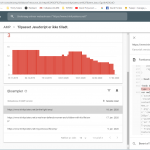 We tried a lot differently, but it wasn’t until we discovered a mysterious link between the two AMP plugins since used (only one at a time) and an HTTPS plugin. We tried AMP by AMP Project Contributors and AMP for WP – Accelerated Mobile Pages by Ahmed Kaludi. The SLL plugin was Really Simple SSL by Rogier Lankhorst.

We then deleted Really Simple SSL and made a redirect in .htaccess instead – which is also a bit more accurate. However, the plugin is easiest for people who don’t know anything about https and you can easily use it without problems. Ie if you try with AMP there may just be a small problem. You may be thrown out of Google!

Then we asked Google to re-index the page and to the Holy Pilsner – it took a long time. The first 3 days they took ONE side a day. Then, three to six days passed between their visits until we could see that Google was slowly registering that there were no errors on the page anymore. It took almost two months for Google to chew through every page to find that there were no errors.

The site was still out of Google. Well sometimes it would appear around pages 18-20 in the search results, so maybe it was a slight improvement.
We worked some more on the page, got some images optimized a bit more and, cleaned the database and put it on Cloudflare. But it didn’t make any difference. Google apparently hated the page.

It didn’t get any better the next day when we put the page into Yandex Webmaster Tools. Big surprise! It completely vanished from Yandex too !!! Yandex Webmaster Tools has so far listed the page as the number one ONE on a number of searches – 7 types of searches where the words Trinity Sisters were included. And that was strange because when we used the same searches that Yandex said since it was number one, we got NOTHING. As in ABSOLUTELY NOTHING! The site was not in Yandex. A Clear discrepancy between what Yandex reports to the Webmaster Tools user and what the reality actually shows.

It is vital to remember that Yandex.ru and Yandex.com is two different search engines!

So when we read about Google AMP – on Google, of course, we learned that Google probably didn’t have much control over that AMP anyway. In fact, our trust in Google faded somewhat in the AMP area. Some online literature, including something written by Google, made us realize that Google does not fully control AMP and after two years on air, it must still be said to be at a lower stage we might call Experimental Beta.

The conclusion, therefore, was that we would try to completely drop AMP. So we uninstalled AMP on the site and requested a new review from Google.

That award was a million-dollar Jackpot!

This is significant progress and we expected it would be even better over the next few weeks. Funny enough, it strangely introduced a new AMP error in Google Webmaster Tools: “The AMP URL referenced is not an AMP”.

And Google is right since we have dropped everything called AMP. So what was that ‘referral’ that suddenly appeared? Yes – Google Search Console wasn’t much help. The only thing they indicated was:

“Canonical Version: https://www.trinitysisters.net/youtube-is-a-fraud/” – There is no additional information for this type of problem !!

After reading this message, we really had to conclude if Google can detect an AMP error on a website that has no AMP pages at all and even can’t provide information what so ever about what’s wrong …. then they probably do not fully know what they are doing. Sorry, Google – it’s so damn stupid! But in the usual Google service level style of course…

Open Office sometimes crashes when using CTRL V to paste. Facebook recently showed a foreign woman’s profile picture on my profile instead of my photo:

If they can display another profile’s image on my profile, they may also display another profile’s DATA on my profile …
We maintain a huge library with these kinds of errors when we find them in Windows, on YouTube, Facebook, in Gimp, Libre Office, Stream Labs, OBS, RealDraw, CakeWalk, and all the other programs we use. Grand Theft Auto goes for being the most flawed computer game to date …

In the gamer world, where everyone has to be at the forefront of everything, the software is released long before it is tested because you have to be ahead of the competition and that’s probably where we find most errors.

But AI is also a complicated thing. In fact, hugely complicated. Of course, there are errors in the search engines.

We can see that BING is the only search engine that clearly manages AMP so it works 100%. Baidu probably does too, but because searches fluctuate quite a bit, we can’t be entirely sure. Yandex and DuckDuckGo are partially unable to interpret the AMP pages and ignore them. and Google is completely out of order.

We expect the site to move up further in the next few weeks and then we will return with a conclusion on all our efforts.

The conclusion so far is ALWAYS check your site’s positions in the search engines BEFORE and while making AMP!

Next thing we will do is trying to redirect from the AMP pages (that doesn’t exist anymore) to the standard posts with a 301 redirect. We will do this from all AMP pages regularly and this should tell Google that the AMP pages have been permanently moved which hopefully will make Google remove our blog posts from the AMP index.

We will be back!

TrinitySisters.net is now finally back on page one in Google. Usually on pos 4! It took a year to find the bug and to get the site back in Google while all other search engines preserved the position of the site at all times!